“It was 50 years ago when I made the first Hydrogen Car. It is so gratifying to me to see this technology now beginning to be used all around the world." 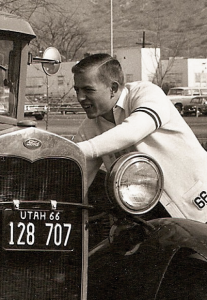 Dr. Roger Billings ignited the hydrogen energy movement when in 1966, as a high school senior, he made the first hydrogen-fueled car.  In the face of skeptical advisers, he chose this as his science fair project not just to prove it could be done, but as part of his vision to curb the growing pollution in our cities and to reduce American dependence on foreign oil. He planned to accomplish this by making hydrogen-powered cars available to the American public.

After his hydrogen car won the Gold and Silver Award at the 1966 International Science Fair in Dallas, Texas, Billings went on to put together the other pieces necessary for practical hydrogen utilization.  As an undergraduate in college, he personally received a grant from the Ford Motor Company for his hydrogen research, which he used to develop a method of eliminating nitric oxide pollution from the exhaust of hydrogen cars by an innovative water induction process. His resulting second generation hydrogen car was pollution-free – winning the Urban Vehicle Design Competition in 1972.

After graduating from college, Billings formed the Billings Energy Corporation where he continued his work of establishing the technical feasibility of commercial hydrogen energy systems.  As part of this work, he built the first buses to run on hydrogen: one operated commercially in regular transit service in Provo, Utah; the other operated as part of the “Dial-a-Ride” program in Riverside, California.  To address the problematic issue of safely storing hydrogen onboard a vehicle, Billings invented and patented a metal hydride storage system for vehicles, the first of which was installed in a fleet of US Postal Jeeps used to deliver mail.  To generate hydrogen, Billings developed and manufactured a new hydrogen electrolysis machine that produced hydrogen at high pressure to directly charge hydrogen storage containers. 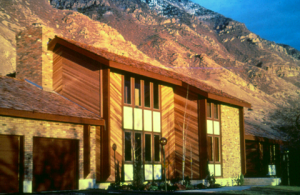 To further demonstrate the versatility of hydrogen as a source of energy, Billings built and lived in the first hydrogen home – the “Hydrogen Homestead” – a home that was completely powered by solar-generated hydrogen.

Although Billings was able to demonstrate the feasibility of a hydrogen-fueled car, a major obstacle barred the widespread use of hydrogen in vehicles:  hydrogen was more expensive than gasoline. Reducing the cost of hydrogen was the next challenge in bringing hydrogen into everyday use, and Billings addressed it with an unexpected solution – the hydrogen fuel cell.

In 1991 he unveiled the first fuel cell car – perhaps his most significant achievement in terms of contribution to the modern hydrogen energy movement.  The very high efficiency of the hydrogen fuel cell more than doubled the range of a hydrogen car powered by an internal combustion engine.  This breakthrough cut the cost of hydrogen in half and, for the first time, made it economically feasible. 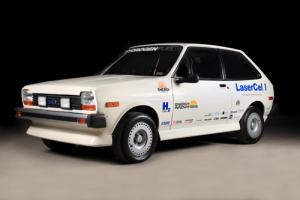 Now, on the 50th anniversary of the first hydrogen car, Billings (dubbed “Dr. Hydrogen” by Time Magazine) is witnessing the fulfillment of his boyhood dream, as his fuel cell prototype is being followed into the marketplace by hydrogen fuel cell cars manufactured and sold by a number of automobile companies including Mercedes-Benz, Toyota, Hyundai, and Honda.

Time Magazine – “Hydrogen in his Dreams”

Hydrogen Power: Another Solution to the Energy Crunch