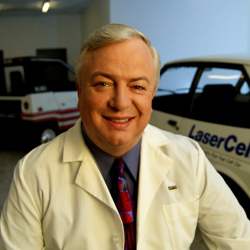 To most people, hydrogen power might sound like something out of Star Trek, but not to Roger Billings.  Known to many who follow his exploits as Dr. Hydrogen, Billings is an affable inventor who has been promoting hydrogen since he was in high school.  He has built hydrogen cars and a hydrogen house.