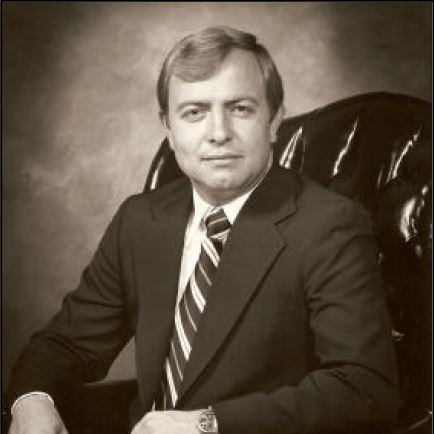 “Inspiration and genius – one and the same.” ~ Victor Hugo

It was the same old story the day the Wright Brothers rolled down the runway in some rickety contraption they called an airplane. “You’ll never do it,” people said.  “If man were meant to fly, he’d have wings.”

“It’s impossible,” his teachers warned.  “You cannot burn hydrogen in a combustion engine.

“Those were the proudest days of my life.  Driving that truck on a fuel they said would never work.”

That did it.  That was enough to inspire a defiant 15-year old scientist to prove he was right. Working for nearly three years in a makeshift basement laboratory, Billings finally emerged with a hydrogen powered lawn mower engine that ran. He nearly backfired himself out of existence — or at least out of his neighbors’ good graces, but he was, nevertheless, encouraged.

Near the end of his senior year at Provo High, he brought forth what is believed to be the nation’s first hydrogen powered automobile, a Model A Ford.

Today, at the ripe age of 28, Roger E. Billings could be named the Father of Hydrogen Technology.

“I never saw the big obstacles in developing a hydrogen powered engine,” Billings said, “like the fact that I wasn’t supposed to be able to do it.”

“After I got it to run, I had to give it power.  If I wanted to live in the same neighborhood I had to get rid of the backfires.  I next learned to control the pollution, and finally, we’ve now overcome the question of hydrogen storage.  To me, they weren’t obstacles, just little problems I overcame one by one.”

Billings took the same confident, casual approach to his “formal education” at Brigham Young University too.  “I knew all along I wanted to have a company working to develop hydrogen technology so I took all the classes I thought I would need . . . Chemistry, physics, engineering, business, journalism (for dealing with the ever curious press), etc.  At the end of five years I went to my counselor and said, “I’m through.  I’m ready to graduate.”

Looking over his transcript, his counselor said,”You’re kidding. You don’t have enough hours in any one subject to graduate with.”
“Well, I’ve learned what I need to,” he said.  And left.

Billings said a special Interdisciplinary degree has now been created at BYU and he will soon receive a bachelor’s degree. He also announced his acceptance at an unnamed university to complete a doctorate degree in engineering.

Billings admits that his youthful age has been a handicap at times. “It’s difficult to manage a company of which I am the youngest employee,” he said. “But on the other hand, youth carries the blessing of enthusiasm and energy – both of which I needed a lot of in the beginning.”

Being so young, he is confident he will live to see development of hydrogen technology on a large scale basis too.

Roger Billings believes the greatest rewards of developing hydrogen technology will someday be the knowledge that he personally helped to solve some of the world’s most critical problems – energy supply and pollution. Development of hydrogen technology could feasibly prevent bitter wars, he says.

“And if I never do solve those problems completely, I’ll at least have the satisfaction of knowing I tried.”