Dr. Roger Billings is a science and technology luminary known for his high-tech innovations in the fields of energy, computers, cyber security and education. He had a serious impact on energy and the environment when, as a student in high school, he invented the hydrogen car.

Dr. Billings has been a pioneer in the computer industry since the early days of personal computing. He started his own company – Billings Computer Corporation – and with the advent of the new microprocessor chip, designed, built, and marketed his own line of computers – the Billings Microsystem. The industry’s first all-in-one computer was one of his early innovations, with the processor, CRT, keyboard, and dual disk drives all integrated into one cabinet. It was one of these computers that Bill Gates, president of the then fledgling Microsoft Corporation, used for his early development work at Microsoft.

Dr. Billings created a full set of software applications for his computer system, which included accounting, spreadsheet, a legal pack, and a word processor. The Billings Word Processor won several awards and was based on another innovative Billings’ technology – Computamatics. Computamatics was a way for non-technical users to interface with the computer via the keyboard, setting a precedent for user-friendly computer interfacing. Billings hired Alan Ashton and a team from the university to help him develop the Billings Word Processor. After finishing his work with Billings, Ashton went on to apply the concepts of the Billings’ Computamatics interface to another successful word processor, Word Perfect.

Dr. Billings invented and patented Functionally Structured Distribution (FSD), a method of sharing data over a computer network which today has become one of the most widely-used deployments of client/server networking.

At the time of Billings’ FSD, computers were attempting to share data with disk server technology, where users issued data requests to a central storage unit or disk server by the physical address of where the data was stored on the disk. However, this only worked when all the computers sharing data were running the same operating system. Because different operating systems had unique ways of specifying the file structure, the physical addressing of different computers made it impossible to effectively share data.

Billings’ FSD took a different approach. It consisted of a data center (now called a file server) and user computers (now called clients) that communicate with the server, requesting and retrieving data by logical address or file name instead of by the physical address. By running a network operating system program on the data center, FSD made it possible for any user computer to share data stored on the server with any other computer, even running different operating systems.

Billings began manufacturing systems based on FSD in early 1977 and installed an FSD network at Winnebago Industries in Forest City, Iowa. With 250 workstations, it was the first time that a client/server installation replaced a mainframe computer. Shortly after, Novell Corporation came out with their successful FSD derivative, NetWare, further attesting to the viability of the FSD technology.

Dr. Billings’ FSD networking continues to have an impact on computer connectivity worldwide. In addition to its widespread deployment in local and enterprise networking, it is one of the enabling technologies of the Internet.

Recently, Dr. Billings turned his focus to improving latency in computer networking equipment. Working with the U.S. Army on multiple research and development contracts, Billings and his team designed the WideBand Low Latency Network, a next generation rapid communications platform to reduce network latency. The WideBand network achieved network data rates of 100Gigabit/sec and reduced port-to-port latency in the network concentrator to 19 nano-seconds. This level of network response is used in applications such as cluster-computing environments, digital content distribution, digital video surveillance that includes processes such as facial recognition, and in other time-critical applications. The WideBand technology is based on two foundational patents and has produced a series of high performance, commercially developed products.

Dr. Billings has been involved in the cyber-security industry since 1994 when he developed the GoldKey Security technology. GoldKey is known for its combination of significant features, including military-grade encryption, a security management system, and security for mobiles devices.

GoldKey Security products have been widely deployed, with installations in over 40 countries worldwide.

Dr. Billings has been a revolutionizing force in education with the Acellus Learning Program, which is being used to teach more than a million American students in all 50 states and Canada.

As the Chairman of the Acellus Learning Research Center at the International Academy of Science, Dr. Billings applied his scientific and computer expertise to improving education. According to Billings, the reason for his focus on education was to bring science and technology to the aid of this critical institution of our society:

The human mind is an amazing thing – no two are alike. This makes the task of teaching such a dynamic range of developing minds quite a difficult undertaking. In order to create educational material that will cater itself to students of all ages, backgrounds, and mental capacities, we have turned to science for the answers. Acellus is the “science of learning.”

Dr. Billings created Acellus to use the capabilities of the computer to efficiently deliver educational material to students and then capture student responses for analysis by courseware developers. Acellus delivers video lessons to students, who progress at their own pace. Once students have viewed a lesson, they are given problems that reinforce the concept of the lesson.

Billings’ philosophy behind Acellus is that the human brain learns through discovery, building concept on concept. Hence, each video lesson in Acellus teaches only one concept. As students learn, they often develop holes in their understanding – concepts they don’t grasp. Acellus is programmed to find these holes and fill them in.

Dr. Billings designed Acellus to be continually improving. As students respond to the lessons, Acellus captures the feedback from their responses for analysis, and courseware developers enhance the courses, addressing the needs demonstrated by each student. The course enhancements go out overnight to automatically update all Acellus systems, and the cycle begins again, with student response data now collected on the enhancements to see how effective they are.

Looking back at Dr. Roger Billings’ unique career, it becomes apparent that his many contributions in a diversity of fields share the commonality of being pivotal and far-reaching. His work targets the core areas of society – energy, networking, security, education – with the effect of making a pronounced positive difference.

You can view more information on Dr. Roger Billings at www.rogerebillings.com


Read about Dr. Roger Billings at the International Assoc. for Hydrogen Energy. 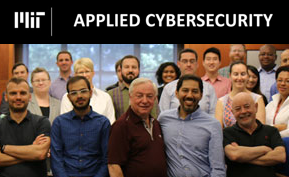